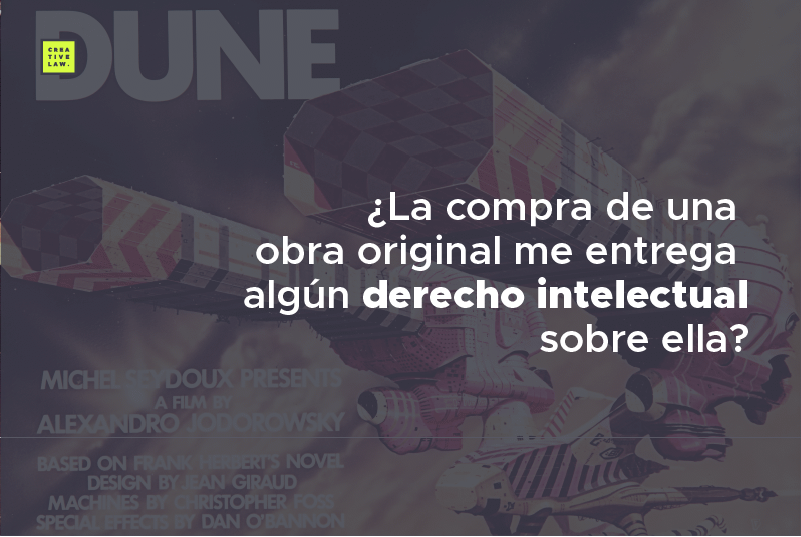 The answer is no, however, Crypto DAO, a Decentralized Autonomous Organization bought an unpublished manuscript of Jodorowsky’s Dune for €2.66 million thinking that by this transaction they would own the copyright. The teasing did not wait on the internet.

An unpublished manuscript copy of Frank Herbert and Alejandro Jodorowsky’s never-finished Dune film is the latest addition to a series of crypto crowdfunding campaigns, Spice DAO, a Decentralized Autonomous Organization. This organization had won the work at a Christie’s auction in November by selling the copy for 2.66 million euros, about 89 times its estimated price at the midpoint. Following the purchase, Spice DAO announced via its twitter account that it would “take the book public, produce an original animated limited series inspired by the book and sell it to a streaming service, and support community spin-off projects.”.

The project seemed like a good plan, but there was only one problem: buying a copy of a book does not give the buyer its copyright. In the United States and the European Union, copyright generally extends through the lifetime of the last surviving co-creator and an additional 70 years after their death. Currently, copyright owners Jean Giraud and H.R. Giger are deceased, while Jodorowsky is still alive at 92 years old.

The reactions were immediate and appeared in mockery mode by Twitter users and cryptocurrency enthusiasts. One of them included replied to the Spice DAO tweet by sharing a link to a free, publicly accessible copy of the book, which has been around online since 2011, the post garnering over 3,500 likes.

Under copyright law, Spice DAO must seek the co-creator’s consent before making an animated series inspired by the book and selling it to a streaming service or wait 70 years after Jodorowsky’s death when the works enter the public domain. . Additionally, there is great uncertainty as to whether or not the copy can be resold at par, as auctions require works to be appraised by an appraiser to determine their value. Spice DAO has approximately 1,236.12 ETH ($4 million) in its treasury, as of press time.

In Chile, when someone wants to use someone else’s intellectual creation or production, the following rule applies:

In accordance with the provisions of article 17 of Law No. 17,336 and except for the legal exceptions that it establishes in its articles 71 A and following, the general rule regarding uses is found in the first paragraph of article 19 of the same Law when it expressly states that: “No one may publicly use a work in the private domain without having obtained the express authorization of the owner of the copyright.”

For its part, in the first paragraph of article 20 of the Law, the legislator indicates a concept of authorization of use by stating that “authorization is understood as the permission granted by the owner of copyright, in any contractual form, to use the work in any of the ways and by any of the means established by this law.”

Thus, our law, in the second paragraph of article 20, establishes the minimum clauses that the authorization of use must consider, establishing that:

“The authorization must specify the rights granted to the authorized person, indicating the term of duration, the remuneration and its form of payment, the minimum or maximum number of shows or authorized copies or if they are unlimited, the territory of application and all other limiting clauses that the owner of the copyright imposes. The agreed remuneration may not be less, in any case, than the percentage indicated in the Regulation.”

Noting by the same article in its third paragraph that:

“The authorized person will not be recognized rights greater than those that appear in the authorization, except those inherent to it according to its nature.”

THE BOOST OF 5G IN THE ENTERTAINMENT INDUSTRY.

Tarantino in the world of NFTs.