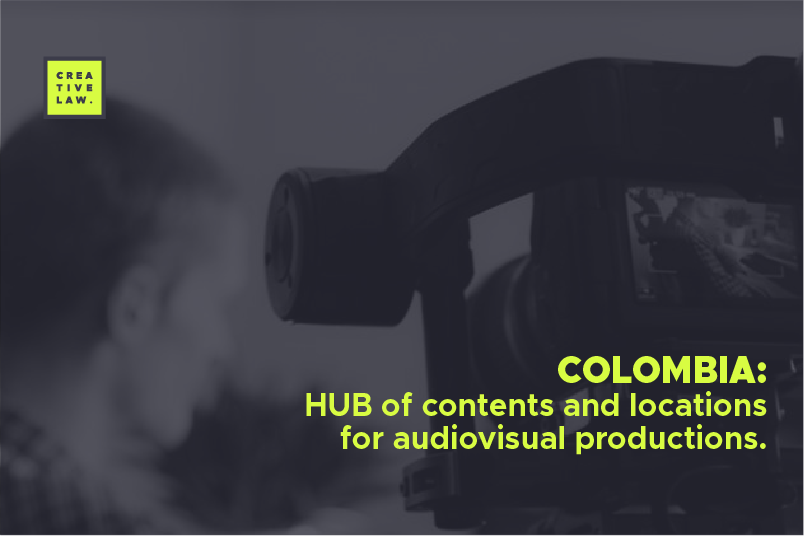 Within the framework of the Great World Forum of Arts, Height, Creativity and Technology, GFACCT 2021- held during September in the city of Medellín, Colombia- the director of Production of Netflix Latin America Alejandra Serna indicated that thirty projects would be produced for Netflix in Colombia, which have as one of their principles inclusion and diversity both in their content and in their productions.

During the past month, the GFACCT, the Great World Forum of Arts, Culture, Creativity and Technology, was held in Medellín, joining the celebration of the International Year of the Creative Economy for Sustainable Development in virtual and face-to-face mode.

Hundreds of national and international experts connected with citizens through lectures, talks, panels, workshops, laboratories and artistic presentations, in an exercise of discussion and construction around the future of culture and creativity.

On the first day of the event, the Colombian Alejandra Serna, Director of Production of Netflix Latin America and one of the four global leaders of Netflix for Latin America, who spoke with Adriana Padilla, Vice Minister of Creativity and Orange Economy of the Ministry of Culture, in the talk ‘Inclusion and diversity: creative excellence from the multiplicity of voices and talents, behind and in front of the camera’.

In this dialogue with Adriana Padilla, they spoke about how Colombia becomes a HUB of content and locations for audiovisual productions, “we began to be competitive, precisely because of the value of our stories and our content and that we are achieving within the framework of what we have been working on with the Orange Economy ”, highlighted Padilla.

Alejandra participated in this Great Forum revealing outstanding information about series, films and audiovisual productions, leaders in world entertainment, and her commitment to the search for new voices and talents around inclusion and diversity, “there are many groups that feel underrepresented that now their stories are coming to life and have a lot more visibility. Talent is very important to us and that all the stories are as diverse as the people who live in our countries and that the stories are a reflection of those communities ”.

Currently, Serna, together with Netflix, has the mission of supporting the creative strategy of this platform in the region, through the supervision of all productions, as well as strategic planning and the promotion of local initiatives; “There is a very clear commitment from Netflix to create diversity with its content and we are constantly reviewing our decision-making processes, being more aware that there must always be this diverse and inclusive representation, in all cases, not only in front of the cameras but also behind the cameras and this starts from the way in which we hire personnel, in the way in which we convene to create the creative teams, in the way in which the castings are carried out for each of the projects ”he indicated .

During her presentation Alejandra highlighted how diverse, respectful and inclusive work environments have become a cultural change, in the ways of operating of the organizations of the future; “Having these safe and open work environments are keys to creativity and for these diverse talents to emerge, stories that no one had thought of, because if you feel comfortable, safe and protected in the work environment, this creativity flows in a more simple”.

Finally, he announced that Netflix plans to open an office in Bogotá and shoot in Colombia soon around thirty projects between series, films, documentaries, comedy specials, non-fiction and these include some titles such as’ Wild Rhythm ‘,’ Juanpis’, ‘Goles Against ‘,’ Pálpito ‘,’ False Profile ‘and among them, the most anticipated production of the emblematic Colombian novel’ One Hundred Years of Solitude ‘. “It is a project that makes us deeply proud, where all the eyes and hearts of many are placed at this time,” he concluded.

Covid-19 impact on the film industry: Virtual premieres are already a reality.

CHILEMONOS CELEBRATES ITS TEN YEARS WITH A SECOND ONLINE VERSION.

SANFIC 2020, publishes the program for its 16th edition, and for the first time, it will take place 100% digitally and free of charge in Chile