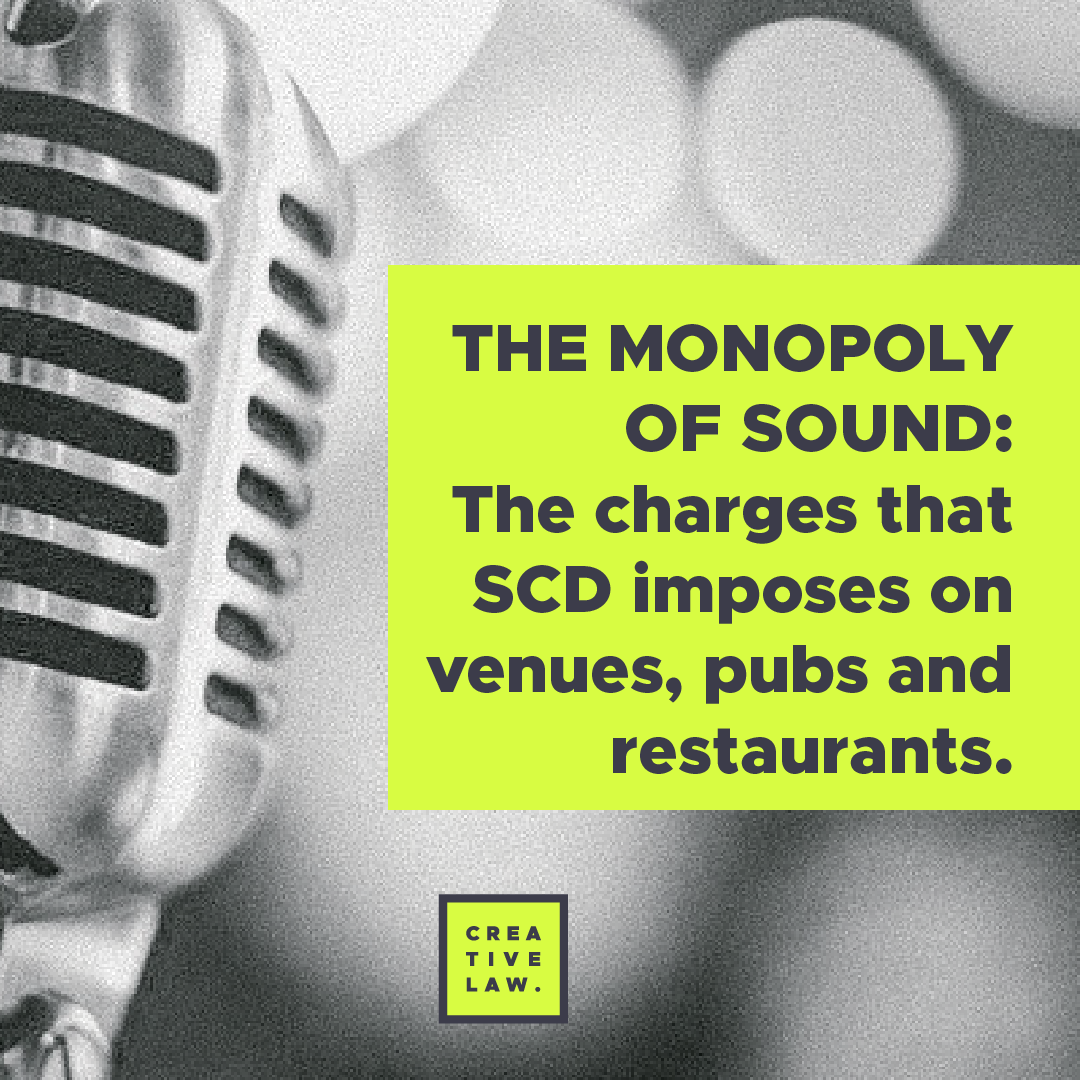 In 1970, Law 17,336 on Intellectual Property in Chile was enacted in our country.In the musical field, the one in charge of safeguarding these rights is the Chilean Society of Musical Authors and Interpreters (SCD), a private and non-profit entity that The permission of the Ministry of Cultures, Arts and Heritage. Since the creation of the SCD in 1987, this entity monthly visits all commercial premises in the country that use music to collect copyright.

Article 100 of Law 17,336 allows the SCD, unilaterally, the rates it applies according to the type of establishment. If any venue is not satisfied with the price, your alternative is to undergo a mediation process, an instance led by an arbitrator registered in the Ministry of Cultures itself.

The SCD is one of the 232 organizations that make up the International Confederation of Societies of Authors and Composers. It not only collects the rights of national authors, but also foreign artists. That is, even if a disc only uses foreign music to decorate its space, it will still pay the corresponding percentage of its monthly earnings.

Juan Carlos Lara, Director of Research and Public Policies at the NGO Derechos Digitales, affirms that “this has been the subject of controversy regarding the regulation of monopolies before the Tribunal for the Defense of Free Competition. If the SCD is understood to be a monopoly actor, or at least a dominant one, its ability to univocally set the price of the rates it is charging becomes, by itself, a condition of abuse ”.

Depending on the type of premises, the SCD establishes different collection methods: according to the square meters that the enclosure has such as supermarkets, malls and hospitals, by the number of people it receives as sports facilities or as a percentage of gross monthly earnings like discos, bars, among others. In the latter case, commercial establishments can pay up to 4.5% of their total income for music rights.

Before the creation of the Chilean Society of Musical Authors and Interpreters in 1987, the management of sound rights was in charge of the State for nearly 50 years. The body that carried out this task was the Department, Copyright, located in an office of the University of Chile. Its location was due to the close link it had with the Ministry of Education, since the National Council of Culture and Arts, today the Ministry of Cultures, Arts and Heritage, was only founded in 2003. It can be said that in that For some time there was no persecution of rights, as the SCD does today.

It can be said that two types of venues that have had some dispute with the Chilean Society of Musical Authors and Interpreters are bars and restaurants. These conflicts are due to conditions such as the unique ability of the SCD to set their rates, which asks them for a percentage of their gross earnings and the poor measurement of the songs they use.

Not only musicians are grouped into entities that manage copyrights, but also actors, screenwriters, film directors and audiovisual producers. Each of the organizations that are created can charge commercial premises for the use of their works, which makes negotiation more difficult. In Chile there are 8 of these institutions and, according to CISAC figures, Latin America and the Caribbean have 47 different companies (21% of the world’s affiliates).