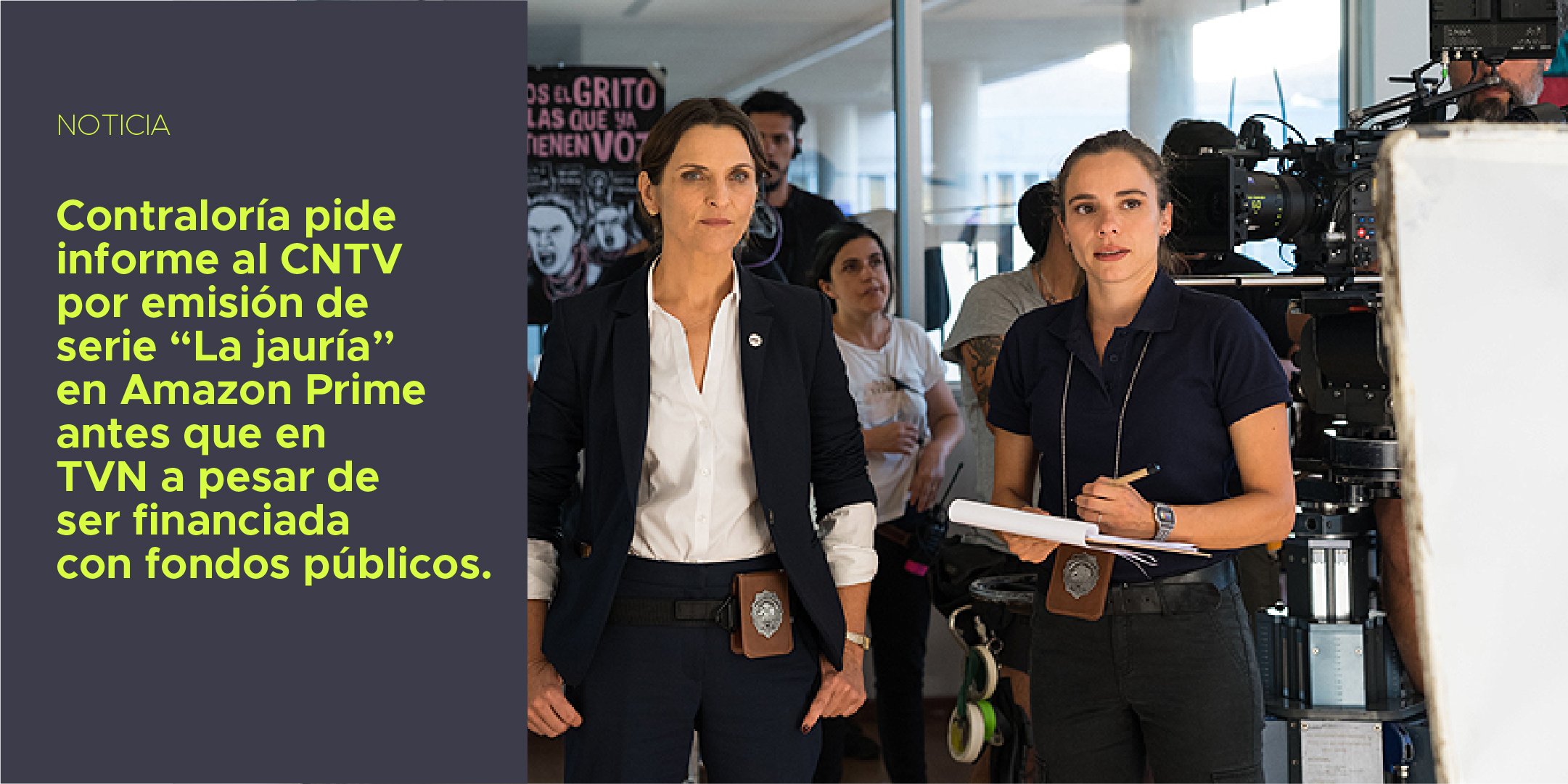 The series starring Daniela Vega and produced by Fabula together with the Argentine company Kapow was released last July on the streaming platform, however, it was only released this November on the national channel.

This has generated controversy, since the Project was financed by public funds, for this reason the actress María Esperanza Silva decided to file a complaint with the General Comptroller of the Republic to clarify the situation.

Thus, the General Comptroller of the Republic requested a report from the National Television Council to explain why the series “La Jauría” was broadcast first by a streaming platform and later by TVN, and to ensure the legality that the CNTV authorizes Producer Fabula to broadcast the series “La Jauría” on the Amazon Prime platform before doing so on Televisión Nacional de Chile.

Regarding this fact, the CNTV refused to answer because they are a body that “would be excluded from the exercise of supervisory powers by any entity of the State Administration.”

In this sense, the CNTV added that “only the powers of control derived directly from the Political Constitution would be applicable to it, in addition to the cases expressly indicated in Law No. 18,838”, in reference to the regulations that created it. Despite this, the Comptroller’s Office did not agree with the argument presented by the CNTV, clarifying that this answer is incorrect, because the Council can be audited.

Thus, the opinion published on the website of the Office of the Comptroller General of the Republic reads: “The Office of the Comptroller General has powers to exercise control of the legality of the acts of the National Television Council in accordance with the provisions of Article 98 of the Political Constitution of the Republic and the pertinent legislation, for which this council must issue the report it indicates, requested by this supervisory entity ”.

“Consequently, that entity must issue, in the terms requested, the report required by this Control Body, within a period of 5 business days,” says the document, signed by the comptroller Jorge Bermúdez.

Does the purchase of an original work give me any intellectual rights over it?

New VAT Application to Digital Services, Such as Netflix, Amazon Prime and Spotify